Me
S'up, my name's Rachel, I'm a twenty-two three four! FIVE (ugh how did I get so old) six HELLO LATE TWENTIES year old medical student DOCTOR, YO. You may offer me your congratulations on having reached this, the highest pinnacle of nerditude. My defining characteristics are a disgusting love of pink (it's stealth ninja, okay - I have a theory. A long one) and a fear of falling down stairs. Don't run with scissors, guys. Otherwise, I write fanfic.

My policy from hereon in is friending anyone who comments on THIS HERE POST. While I read my entire flist most every day - look mom, no filters! - I am an indifferent commenter. I also fail at keeping up with who's friended me, despite multiple alerts. That's what happens when you read your email at one am after hours of refreshing assays into the fascinating world of microbiology. Comment here to be added! Or don't! I'm easy. I have pink tights.

Well everyone, I finally got around to uploading all my fic to AO3! http://archiveofourown.org/users/scoradh/works?page=2 Update bookmarks accordingly. It was very amusing to observe the evolution of my paragraph breaks.

I'm off back to college in October to study English with a reading list as long as my arm. I've been really bad for 'reviewing' (and reading) for the last six months but I figure I should do this as a way to gather my thoughts - and possibly to amuse anyone who still uses this website.

Does anyone have an AO3 account to spare?! I'd really like to backup all my fic there...

I NEED ALL THE HARRY/GRIMSHAW IN THE UNIVERSE PLEASE

So I didn't watch the Alan Carr 1D interviews for the longest time because of reasons. (Longer, boring story: I watched his show at Christmas and everyone on it was genuinely drunk and awkward and Carr himself came off as the biggest dickend in the history of television. Whereas I really enjoyed Jimmy Carr's Christmas special and apparently he robbed the nation? idek.) OF COURSE they are genuinely hilarious, no one needs to be told that.

THIS was pretty much my face at every response of Harry's, from the suave eating of crisps while Liam HID HIS FACE AND ROCKED to rubbing his nose in the world's worst attempt at bashfulness. He is a HOUND. DOG. So that was pussygate, huh? I mean. I MEAN.

yadda yadda Harry Styles, Professional Life Ruiner etc, but I was more interested in the effect of that particular dynamic on Louis. I mean, this tends to be the prevailing assumption among us 1D tinhatters - and OMFG THAT GIFSET IS SO CUTE I GOT SPONTANEOUS LOVE ANGINA - but really? Nah. Harry is louche and a ladykiller and doesn't have to try a single bit, whereas Louis' MO has been trying so hard he practically falls over, and c'mon, he is jealous of that shit! He wants girls to be throwing themselves at him with the end result that Alan Carr mocks him exclusively on national TV! THIS COULD SEGUE SEAMLESSLY INTO THE MAKING OUT I FEEL. I would read approximately one million and five thousand words of Louis being all sulky with Harry because all Harry has to do is smile, but he never smiles at Louis like that, and Harry being confused and then maybe pissed off with ANGST and PINING and STUPIDITY but in the end love puppies.

I don't understand how I can buy an oven AND a fridge AND a washing machine for what it costs to dress ONE WINDOW. I didn't even ask for windows. I could have lived with like, an arrow-slit or something. This must be what the entire wedding industry feels like EVERY DAY. 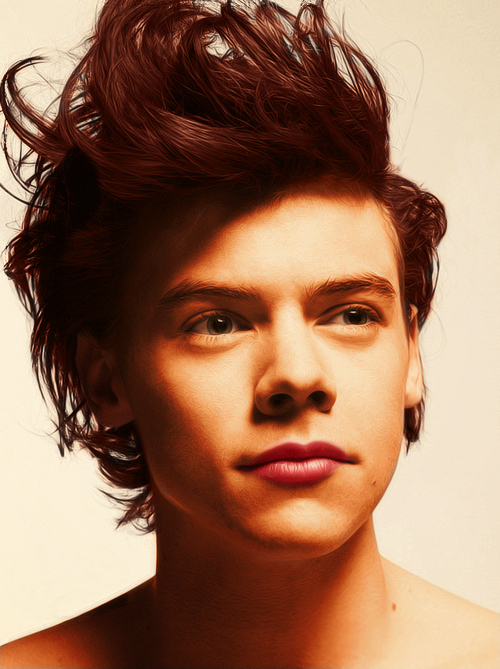 I feel this is what happens when you let someone whistle in your hair. 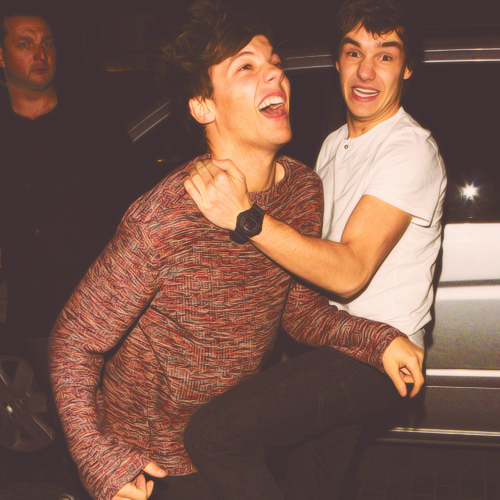 Maybe it was this guy. Although in the Land of Tinhats, a pose like this is about ten seconds away from being a whistling scenario of its very own.

The generally accepted face of having your whistle ... blown. (NO THIS SONG DOESN'T EXACTLY PUSH THE BOAT OUT WITH THE METAPHORS) 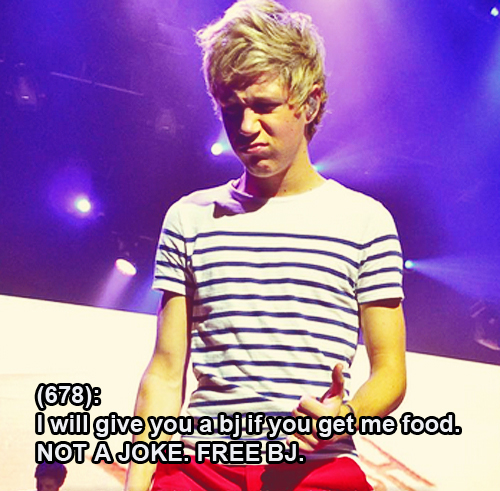 In case anyone was having trouble getting the point here. (Source: http://textsfrom1d.tumblr.com/)

'wow that was some way to illustrate a metaphor. also, i hate you'

'that was the most gigantic dick move ever'

'just fyi, there are more polite ways to tell people to fuck off than getting off with someone else in front of them. also, i hate you.'

'can we be friends anyway?'

not even harry styles can make this shit better 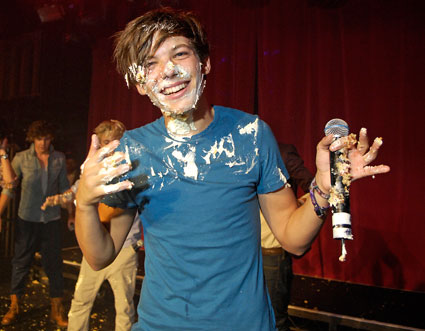 Come to the dark side,

1D fandom needs a name. Or, well, it doesn't, but can it be something stupid like Directiondom?

This picture saved from Sugarscape as '1dGAY10louis.jpg'. Is Sugarscape employing fandomers or do we also grow in the wild?!

There are five dudes in 1D. There are also five SISTERS IN THE BENNET FAMILY OH YEAH I'M GOING THERE. I carefully worked this out when my phone died and I still had three walls to paint.

Harry is Jane. He's pretty and does a good impression of being sweet (I did say 'impression') and he is most likely to marry well, having taken care to fall in love with a man of good fortune.

Louis is Elizabeth. Mainly because Louis is my favourite, but also because he's the legit funniest guy there and, like Elizabeth, is basically a troll.

Zayn is Lydia. I can think of no one in this band more likely to fall for an officer in uniform with a dastardly reputation. Plus he has the eyelashes for a determined flirt capable of making himself and his family ridiculous.

Niall is Kitty, because he seems pretty willing to follow everyone's lead and laughs at pretty much anything. Seriously: watch any video, he's there giggling away. I don't know how to fit in his food preoccupation given that Austen rarely mentions food, but I can guarantee that Kitty!Niall would be first for seconds on the white soup.

Which leaves Liam as Mary. At first I felt bad about this because Mary comes across as the most boring Bennet sister, but she's conscientious and worries about propriety and is basically the World's First emo hipster kid (she just wants to play music, y'all, the minuet is so seventeenth century and she liked Handel before he was cool). So quite a good fit, in fact. 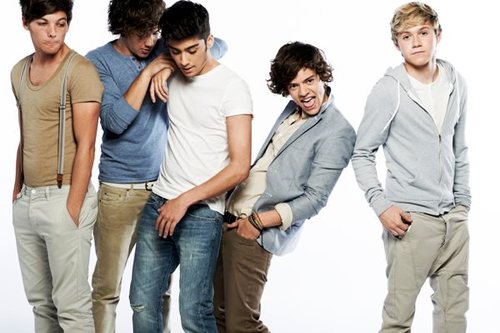 Now imagine Regency costumes instead of Hollister and Co. vomit AND WE'RE DONE.

I listened to The Film Programme podcast from the BBC today. It's wonderfully unspoilery but actors are unbelievably pretentious. Mark Walhberg was interviewed about his desire to re-make the Headhunters because he liked the first version so much. (Yeah ... NO.) Turns out he used to be a MODEL. Called MARKY-MARK. And I finally figured out the Marky-Mark reference from Clueless!

I love how One Direction fandom is slowly drawing all the old bandomers out of retirement ... I suppose none of us had far to go in terms of RPF fandom. I don't remember bandom being this insane? Maybe because we saved the best crazy for ourselves and didn't dish it out to the poor unsuspecting band members. (Band members, hur hur.)

Now that I am actively using this lj again instead of just skimming my flist, WOW, has the basic style ever got ugly. Can anyone explain why, when I go to leave a comment, I see the comment box plus a check-box for EVERY SINGLE ONE of my 200+ icons? It makes scrolling and navigation exceptionally tiresome. Make it go away, someone. And the font ... does not get better with time. Nor does the fact that they deleted the margins. What's with the margin-hate, seriously. MARGINS NEED LOVE TOO PEOPLE.

Does anyone have good podcast recs? I've spent the day listening to the Guardian on books while painting, and ended up with non-water-based gloss all over my phone. I do not think these things are unrelated. Is the general contempt for Guardian readers based on how effing pretentious it is? Please, spare me from this tomorrow. I have seventeen more architraves to paint and I've already listened to all the Ferretbrain ones.

In conclusion, Zayn, what are you ACTUALLY DOING. (Answers no less than 500 words.) 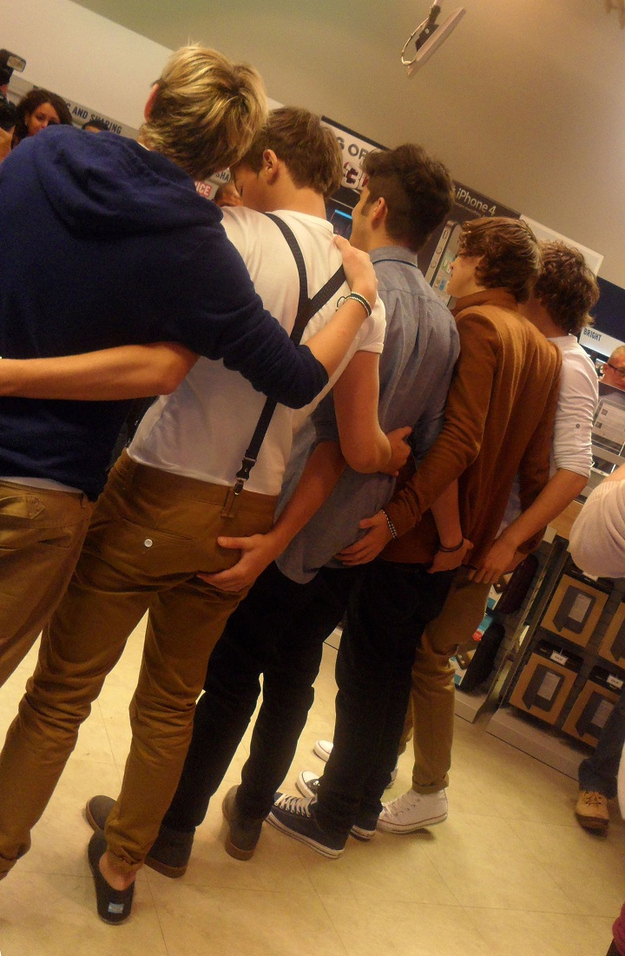